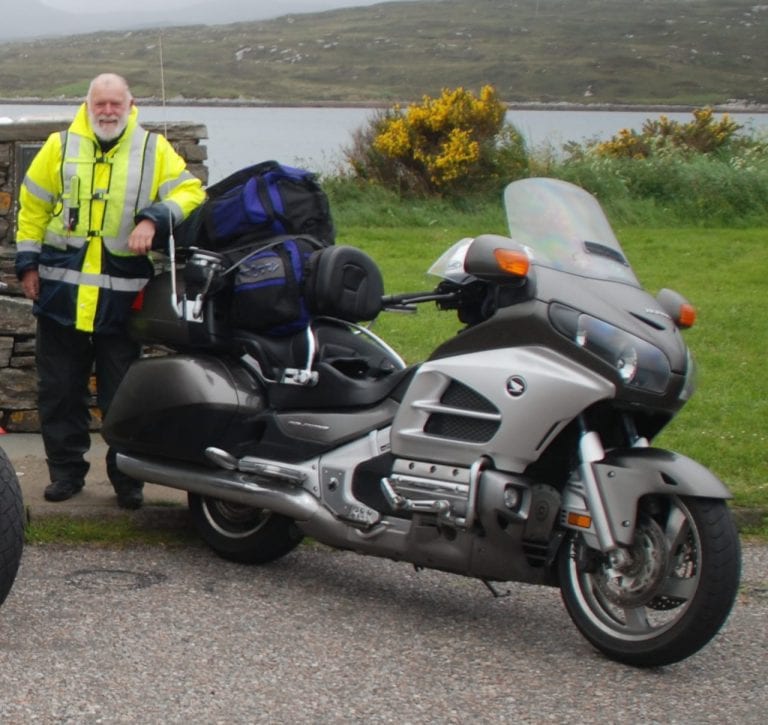 The Rotarian with a lot of experience at his young age of 77 planned his tour this time in India. He will ride Royal Enfield on roads in South India. His wife will be also part of the ride and caretaker for everything during the ride.
Enthusiasm to find special things in each and every step is the speciality of Frank Milner. His efficiency has bought him laurels everywhere… Rotarians encouraged him to become a traveler for a cause.
Now, He leads the youth as well as the interested persons who want to be active round the clock.
Frank Milner has traveled to many countries….
No matter about the route…
Safe journey is confirmed all the way..

Self Confidence has developed him to kind of person he is right now. His interest to find unique moments in life has been motivating the Rotarians to achieve more.

When we asked Frank Milner, the reason he want to join Ride For Rotary 3, he says –

“My reason for wanting to join the ride is because I have had two years of health problems. I have always been active climbing, running, horse riding motorcycling and sailing. I have been very active in Scouting as well as Rotary.

This will be the first trip I have been on for some years and never having been to India it fit the things I look for. Travelling to new places, meeting new people with similar interests an active holiday instead of sitting drinking at the side of a pool. Not that I don’t like a drink. I have made many friends round the world and still in touch with them even going to see them. I hope this will extend my circle of friends.”

Interestingly, His wife– the better half– leads him like a friend and guide!

This pic was clicked two years ago when Frank Milner rode round Scotland.

This picture was clicked in Swedish Lapland. It was shot outside a mountain hut which is 1000m above the land.
“My wife and I have our own snow scooters to ride and we spent our winter holidays in Lapland”, says Frank Milner.

“Ride for Rotary” a TRF fund raising project which is a motorcycle ride event across 4 Rotary Districts in India in which the participants will experience Indian heritage, culture and hospitality along with exchange of Rotary views and fellowship.